Perfect for ANY photo + video shootings.

All-in-one Auto Smart Shooting Selfie Stick Phone Mount : Auto Facial Tracking Technology , Perfect for Selfie Photos and Video.
Maximize your smartphone's capability with 360 degrees object tracking, smart capture and many more functions.
No more begging and bribing friends to take your picture or film your video.
1/4" Thread Tripod Mountable . Supports OS/Android .
Phone Rotates 360° to follow you and keep you centered in the frame when shooting
video or taking pictures,Take selfies and no longer ask for help. It is perfect for  vlogging, live videos, family vacations and much more.

First, download the software APAI GENIE with your mobile phone, without registering, open the APAI GENIE, then turn on the power on key, keep holding the power on key for 5 seconds, the red light is on, turn on the Bluetooth of your mobile phone, and then connect automatically. Made for iPhone and Android (Support system iOS 10.0 and later, Android 8.1 and later).m iOS 10.0 and later, Android 8.1 and later).
NOTE:
1. The 360 object tracking smart shooting phone holder must be used together with the smart phone.
2. It is recommended to use single scene, for the best tracking effect.
3. Do not move the face / object too fast.
4. The current tracking area is a cyan square area. 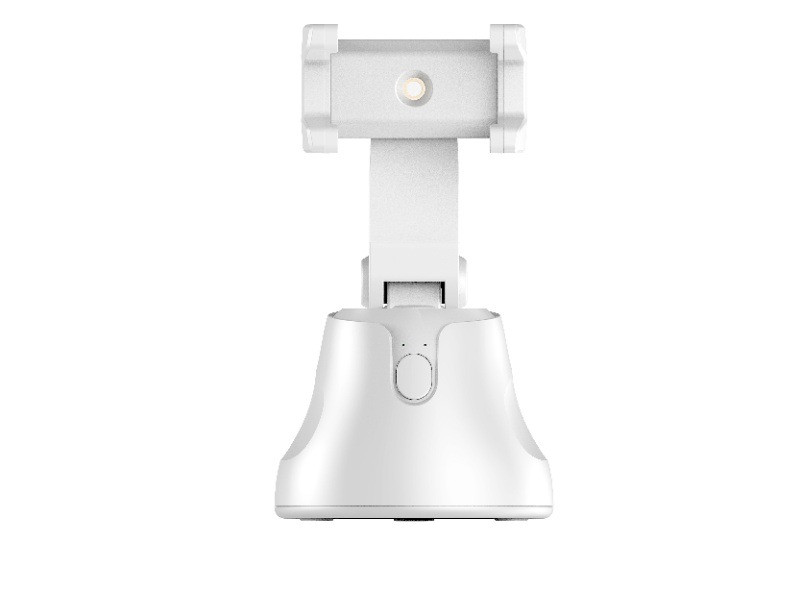 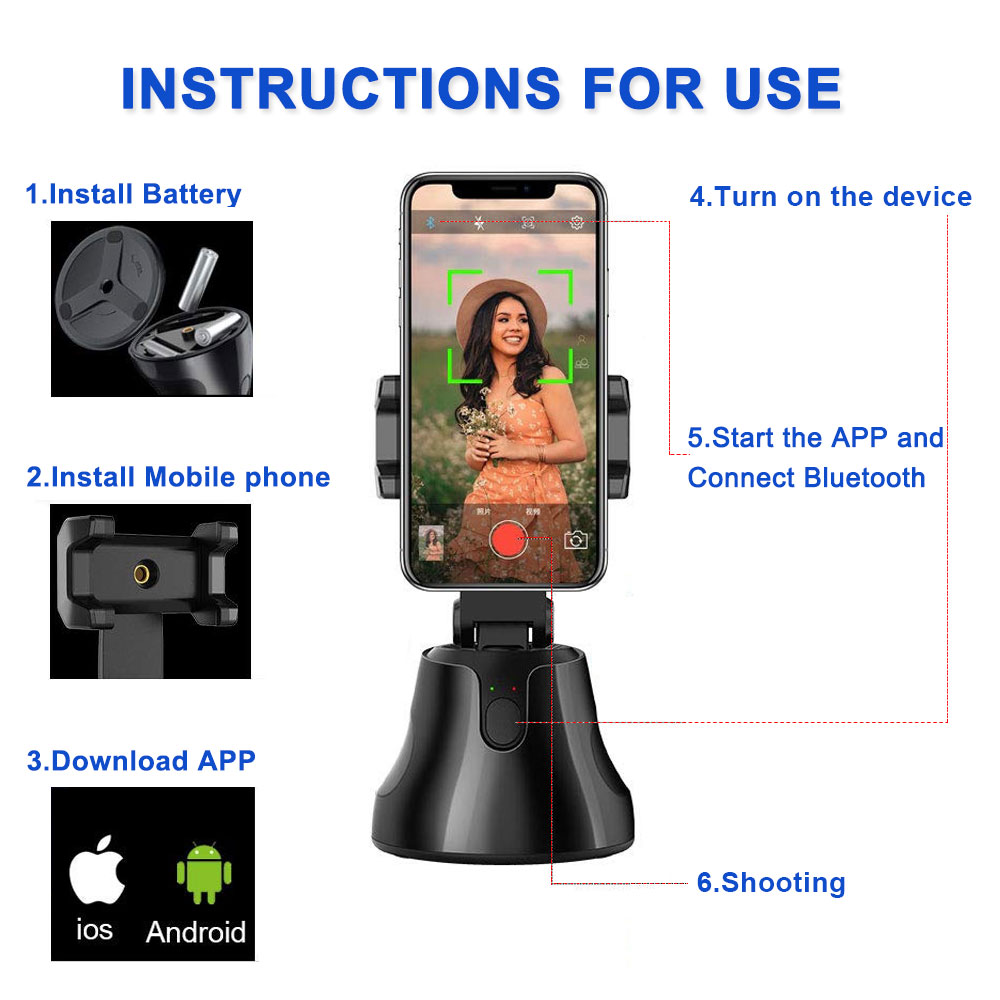 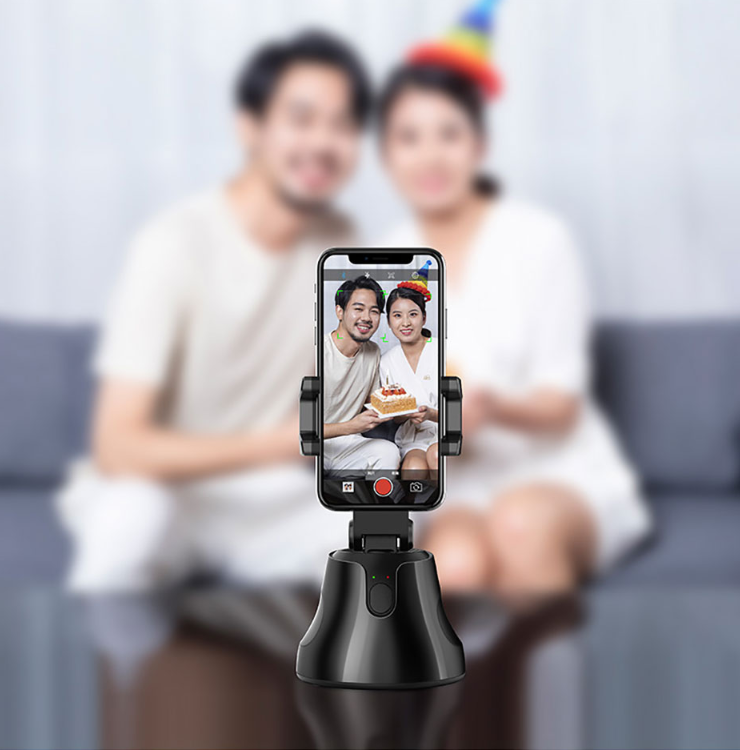 We use cookies on our website to give you the very best shopping experience we can. By using this site, you agree to its use of cookies. Sign up to get emails about new products, events and launches!